The other day I was browsing my bank's website and things looked messed up. I initially blamed it on my bank, because my bank is terrible at having a website.

Then a few days later I logged onto Mastadon and saw similar corrupted text.

I thought this was interesting because frankly I have more belief in Mastadon instances working properly than my bank. Normally I'm a Firefox user, but I decided to load the site up in Chrome to see if it repeated, and it did. I thought the fact that it was showing some text correctly, and other text incorrectly was suspicious, using developer tools I discovered that the incorrectly rendering text was using a sans-serif font and my browser was using the Roboto system font for rendering.

Using Mac Font Book I was able to pull up the font and verify it. It verified fine, everything was great according to Font Book. But if I disabled the font, then restarted Chrome the problem went away.

I tried talking with other Mac users to replace that font, but none of them had it. After allowing Adobe Creative Cloud to update 74 things I guessed the font came from them so I deleted it from my system and re-installed. Now things seem fine.

How to fix corrupted text on web pages

A routine source of conflict in our household is the post-dinner-handwashing for the children. There's a fair amount of pushing for room on our single Ikea stool [https://www.ikea.com/us/en/p/bolmen-step-stool-white-90484673/]. A small secondary source of conflict is the fact 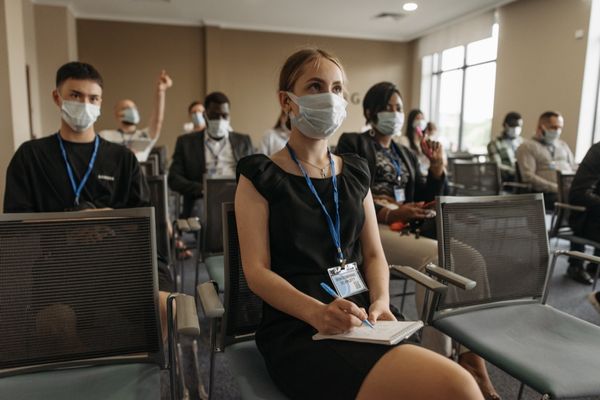 Honestly if we want to reduce the impact of COVID, wearing masks indoors when in mixed groups may need to become the norm for years. Or maybe rapid tests will get even faster and you'll be able to blow into a breathalyzer on the way into a venue...