I've been playing around with Game Make Studio 2 (GMS2) while I attempt to write my game, and I've run into a few things that have frustrated me so far.

Inconsistent rendering when switching between monitors

Renaming a Room just deletes all that room's creation code

When you rename a room it the room creation code associated with it is deleted, the game then fires an auto-save to make sure it's really gone. Seriously.

The dev environment is a 2d plane you fly over

It's possible this makes sense for some game types (GMS2 supports "drag and drop development") but for a code heavy approach this has proven nothing but annoying.

There is noone however, which is actually -4. Null comes in handy, I miss it.

In PHP I'd refer to a variable's property with something like $this->direction. This can seem annoying, having to type $this all the time. But it's actually really handy: as your code evolves you may end up creating new properties that have the same name as some variable you used inside a method. This came up for me when I tried to store an object's direction of travel inside direction. It turned out that direction was actually a property that already meant something, and only allowed numeric values.  GMS2 already supports with, which allows you to pull all of an object's properties into scope temporarily, I'd much rather be forced to use that than have it happen by default. The only way to avoid this being a problem is to either memorize all an object's properties, or note how the IDE colours variables to watch for problems.

This also seems wrought of peril if GMS2 does a release that adds new object properties. Upgrading could break scripts :(.

Sprites can have arbitrary origins

When adding a sprite to your game you may specify that sprite's origin. Which is the part of the sprite that will be drawn at the pixel indicated when placed. Top left and bottom left would be common choices. But you can pick literally anything, including spots outside the sprite, and it's super easy to do this. I accidentally placed the origin of my 64x64 "building" sprite at 26,73. I didn't notice while tiling them across a page since they worked well relative to each other, but it was kind of a weird problem to debug when I added a new object with a sensible origin.

Here's a line of code from my project

I mean, it's just such a weird function name. There's a twin for 2d. Also keep in mind:

WARNING!: If the array has over 32,000 entries this function will return an erroneous value and should not be used.

Rather than place objects on layers you can define a depth, the lower the value the closer it is to the camera.

IMPORTANT! There is a minimum and maximum layer depth of -16000 to 16000. Anything placed on a layer outside that range will not be drawn although all events will still run as normal.

Apart from negative being closer to the camera being weird, this range of -16000 to 16000 just seems super weird to me.

You don't actually get to make functions in GMS2, (no objects either, thanks for asking) you make scripts (which you navigate the 2d plane to find). Scripts sit rather beside your other code (they're created in the same way you would create a room) and purportedly this makes them easy to reuse between projects, but they end up feeling disjoint. I'd rather add a custom method to an Object, well, I can, but only 16 of them per object, and they can only invoked from within the object itself.

GMS2 has been a far more approachable way to write a game than Unity was, but as an experienced developer I've found some of their design decisions frustration. That said I'm not the target demo, so maybe that shouldn't surprise me. Anything they do to appease me (and people like me) could end up hurting their target demographic.

Am I missing something? is there secret power behind these design decisions? Is there worse stuff hiding behind the next bend? Comment Below! 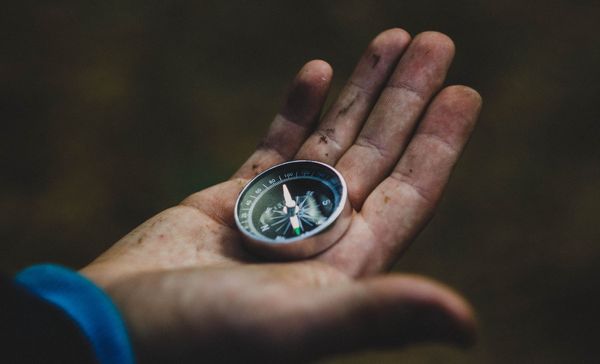 Exploring how I figured out which buildings to consider "passed" as the character moves around the city.

I've had plenty of ideas for video games, but as (primarily) a PHP developer I've always been a bit restricted in the types of game that were feasible. But when I saw Jessica Mauerhan tweeting about starting her own development adventure I finally dipped