I heard good things about Star Wars: Squadrons and after confirming it wasn't the micro-transactions disaster of Star Wars: Battlefront II, I decided I would buy it. I'd also been told that having some sort of flight stick was the best way to have a great time, so I grabbed one of those too. This was a bit tricky, either due to a super popular flight game being released, or Covid-19 affecting supply chains. Eventually I lucked out and grabbed a T-Flight Hotas One Ace Combat 7 XBox One.

Side note: there are three numbers in that product title (One, 7, One). Which is both crazy, and somehow infinitely easier to understand than the new XBox numbering system (We're on the Series'th edition of the XBox)

Once I'd ordered the flight stick, I tried to do everything right to set myself up for success:

Once the flight stick arrived (conveniently while a child napped), I eagerly unpacked it and settled in for some amazing flying action!

I plugged in the flight stick, and started the game. Or, tried to start the game. I was quickly informed that my video card drivers were out of date. I found my video card in my system information and asked Windows to update, and was told they were the most recent version available. :sad-panda:

While not really a Windows user these days, I remember a few things, so I searched my computer for some software from NVidia and found "GeForce Experience", which had a button to update my video card drivers. Success! But before I could get it to update my drivers I needed to make an account, which seemed dumb, but whateever. Unfortunately their "new account creation" system was down, so despite spending like 15 minutes trying to make an account either directly, or by authenticating with Google, it was all for naught. The GeForce Experience app stoutly refused to update anything without an account I couldn't make, so that avenue was closed.

Next I headed over to the nVidia website which very much wanted me to install the GeForce Experience app. After some searching I found a page that purported to let me download the drivers directly, but their search area didn't seem to list anything even remotely like my video card. Eventually I found there was a whole second search area under the first one, and my video card was there. It let me download the drivers. I opted for the manual install to avoid spyware. Is that still a thing? Who knows. It also wanted to install the GeForce Experience app again. I'm not sure what sort of experience some app from my video card manufactuer can provide that I'd need two of them, so I declined. Anyways, up to date drivers!

Next the game demanded an EA account. Which is fine I guess? I think I have one already (remember Spore?), but no idea where that lives. I made a new one. There were also some concerns with the default windows firewall. We worked through it together. Maybe I'm also vulnerable to attack now, who knows.

Once the game started up, I ended up at some weird screen that let me configure things. Which is good I guess… except I couldn't actually see all of it. I could change my resolution, refresh rate, etc., but I was clearly missing most of the screen, and couldn't apply any changes. After some swearing, I started googling looking for some (hopefully) config file I could edit, or (much worse) a registry entry to edit.

After coming up empty I accidentally hit [esc] a few times and things magically fixed themselves.

After some beautiful cinemeatics (honestly, like tv-show good) the game started but it didn't actually seem to know I had a joystick attached. I looked around a bunch but it wasn't clear what was wrong. I decided to look for some sort of update for the joystick (what circle of hell is firmware updates for joysticks?) and downloaded some of those. The firmware updater looked like something I might have whipped up week 2 in my VBA class, but worse because VB came with reasonable componenets. It also couldn't find my joystick. I tried unplugging it and plugging it back in, but Windows wasn't making the boop-beep sounds, which was concerning. At that point I found a XBOX - WINDOWS switch on the front of the joystick, and after correcting that, it boop-beeped and I was able to update the firmware and restart the game.

The game started, the cinematics are still beautiful, and I AM FLYING! Unfortunately controling a Tie-Fighter requires a fair amount of button pushing. Everytime a new button would come up it would say Push Button [5] to flarpnagle the whippidoodle and I would need to find button 5. These things have like 15 buttons on them, front and back, on the base, etc. So this wasn't trivial even though they're labelled. The number of players in the flight stick market is pretty small, it feels like they could have actually shown me a diagram of my exact flight stick pointing at which button was required.

Anyways, at that point my kid was waking up and it was time to parenting.

My wife and I would both like to play the game, with our own characters/save game. On the same computer. At this point we both have our own Steam account, our own copy of Star Wars: Squadrons, and our own EA accounts. But it's not clear how to maintain our own progress. We reset mine so she could play. My wife only found out about this while proof-reading this post [Editor's note: WTF. Why did I buy a copy if we had to reset your progress?].

Maybe PC gaming has left anyone who doesn't really want to muck about with lots of bits behind. It feels a bit like a car designed for people who will always do their own oil changes, I'm 40 now, I pay someone to do my oil changs.

I don't understand why neither Windows nor Steam could keep my video card drivers up to date. I have no idea what sort of EXPERIENCE GeForce has waiting for me if I ever make an account. The resolution confusion the game had when it started just baffles me. I don't know why fun has gotten so hard.

One of the best things about our Nintendo Switch is that this sort of nonsense never happens, you pick it up, you play. Occasionally there's some updates but they're quick to install, and you can say not-right-now if you're in the middle of something. That seems like the sort of thing we should aim for. 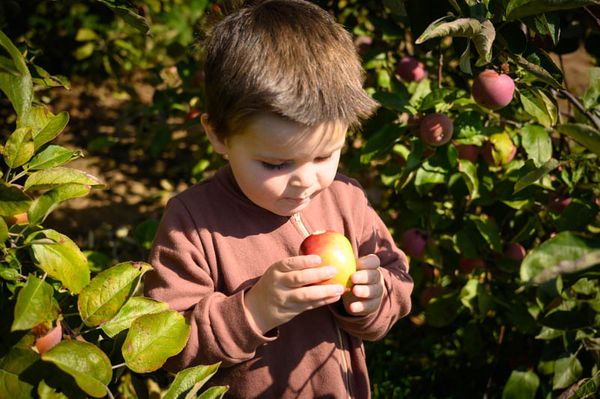 (this post will largely only make sense to players of Factory Town) I’ve been loving Factory Town [http://82apps.com/factorytown/], according to steam my wife and I have